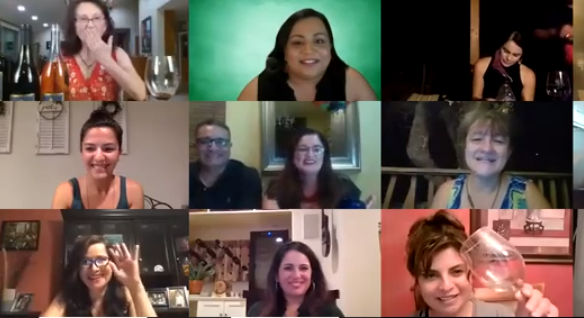 While it’s true that this year has a theme of unpredictability, uncertainty and inconveniences to some degree, at Comcast, we wanted to ensure we don’t let the current developments damper our efforts to celebrate and honor the Latinx community during Hispanic Heritage Month. For this reason, we hosted a series of virtual events, including a virtual brunch with So She Slays, the sponsorship of LTX Fest, a virtual wine tasting with Modern Latina, and because Hispanic Heritage is an all-year-round celebration, we have two upcoming events in partnership with We All Grow Latina and Modern Latina for November and December. Take a look at highlights from some of our featured events so far.

Virtual Brunch in partnership with So She Slays 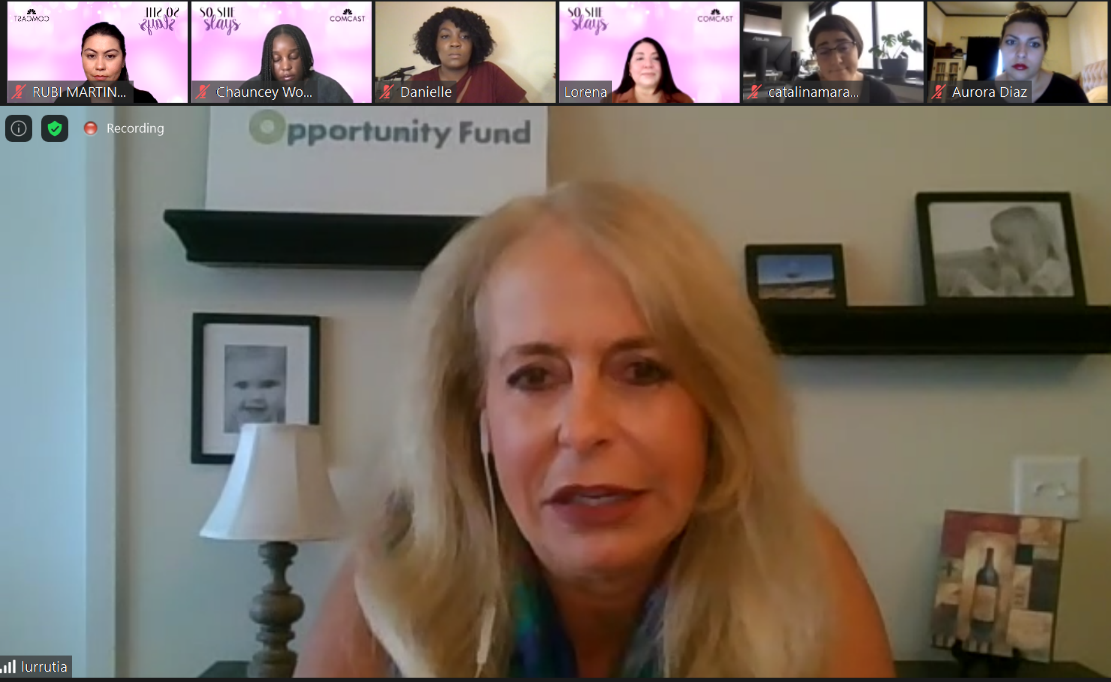 Kicking off LTX Fest, a Comcast sponsored event and the Largest Digital Conference for Latinx in Technology, Comcast partnered with So She Slays — a lifestyle brand that works to amplify the voices of women and provides a platform to empower women to talk about relevant issues, tech and entrepreneurship– to host a virtual brunch with influencers and participants of LTX Fest.

The virtual event served as a platform to make a significant announcement. Comcast announced that it was donating $350,000 in cash and in-kind support to Opportunity Fund to provide microloans and wraparound services such as marketing, branding and financial services for BIPOC (Black, Indigenous, People of Color)-owned small businesses.

During the event, participants heard from Luz Urrutia, CEO of Opportunity Fund and Lorena Hernandez, Director of Community Impact, during a fireside chat conversation about the current state of small businesses impacted by the pandemic and how the microloan program would help businesses in need. Later, participants joined breakout groups to network with one another while enjoying their brunch meal. 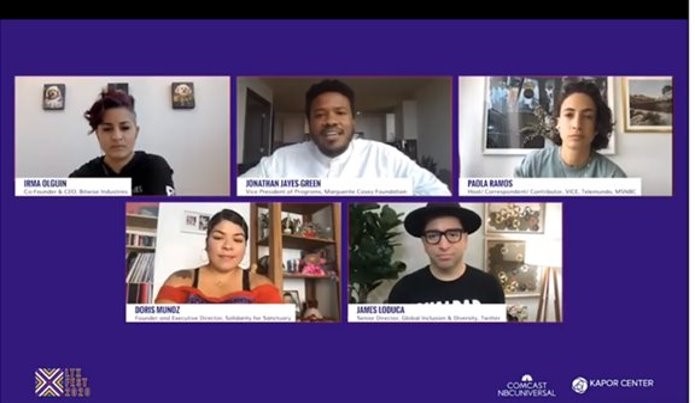 For the second consecutive year, Comcast was the proud presenting sponsor of LTX Fest. This curated experience was made virtual this year, bringing together nearly 8,000 attendees, including technologists, business leaders, philanthropists, investors, developers, innovators and many more Latinx professionals.

One of the most anticipated events of the conference was the El Poder del Pitch, brought by Comcast, where a group of Latinx founders had the opportunity to get in front of investors to pitch their ideas for a chance to win a cash prize for scaling their startups. Three startups, Echo Me Forward, College Thrifts and SOMOS took home a total of $25,000.

LTX Fest and Comcast also partnered to giveaway 350 books from Latina authors Paola Ramos, America Ferrera, Ariana Davis, and Maria Hinojosa when people shared what #unitedwestand, the theme of this year’s event, meant to them. 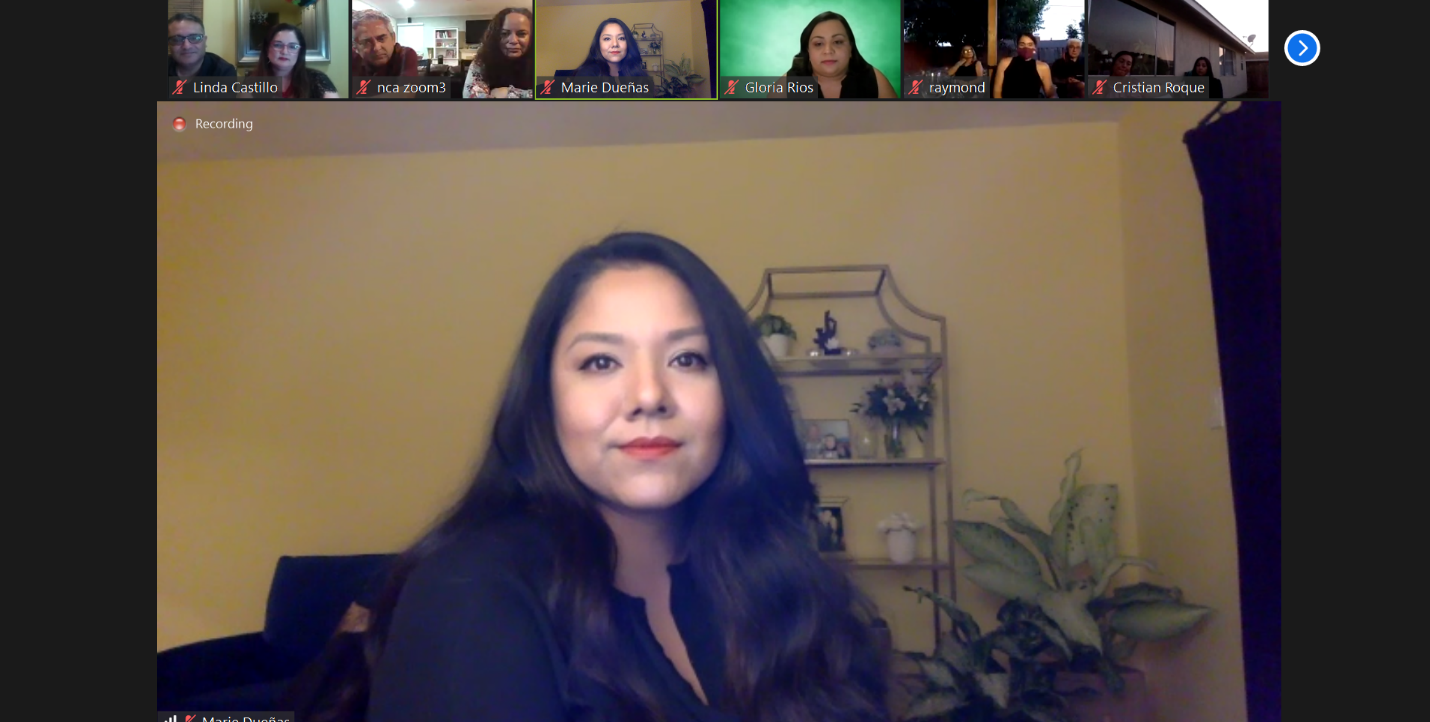 Hispanic Heritage Month came to an end with the Virtual Wine Tasting event hosted by Modern Latina, a platform to build community with unique and reverent content that empowers Latinas. Under the theme of celebrating Latinx stories, culture and community, the event featured a conversation with Amelia Ceja, Founder and President of Ceja Vineyards for a virtual wine tasting experience.

The Ceja Vineyards is a Mexican American family-owned winery founded by Amelia, Pedro, Armando and Martha Ceja, producing premium estate grown wines from the Napa and Sonoma Valleys. In one generation, the Ceja family has gone from immigrant vineyard workers to grape growers and winery owners. Amelia’s inspiring story, along with many other stories that highlight the critical contributions of the Latinx community, are essential to honor and celebrate.

Celebrating the stories of culture and diversity was precisely the focus of this year’s Xfinity “Echando Pa’lante Juntos” or “Pa’lante Juntos” campaign, which means ‘moving forward together’. Especially for the centerpiece of the campaign, which was an online space where visitors can share their own stories of strength, resilience and inspiration in their voices, called the “Fabric of America.” All voices, each a soundwave, will become digital threads that form the fabric of this 3D American flag, which will serve as a tribute to the diversity of our country and a visual representation of the of individuals and families who are moving pa’lante and are contributing to the fabric of America. Participants of the event had the opportunity to participate in the activation by recording their own stories.

The event also kicked off Modern Latina’s 15th-anniversary Quinceañera festivities, which will run until December. Stay tuned for our ongoing celebration of Hispanic Heritage because it doesn’t stop in October.

Hear Us, See Us is the upcoming event in partnership with We All Grow

At Comcast, we celebrate and honor Hispanic Heritage all-year-round! We have partnered with We All Grow Latina, a collective of Latina content creatives, to host an event on November 12. More details to come… 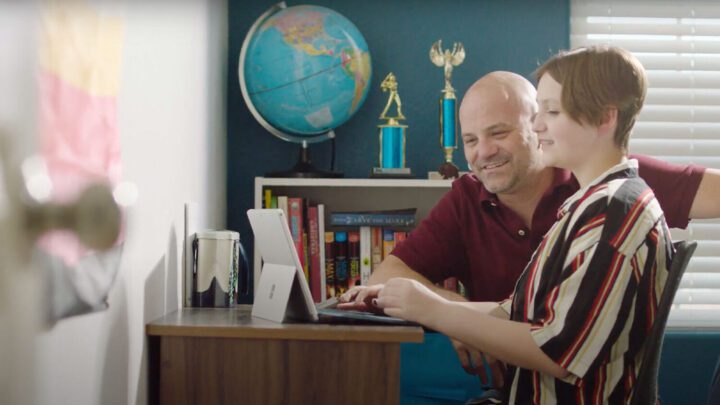 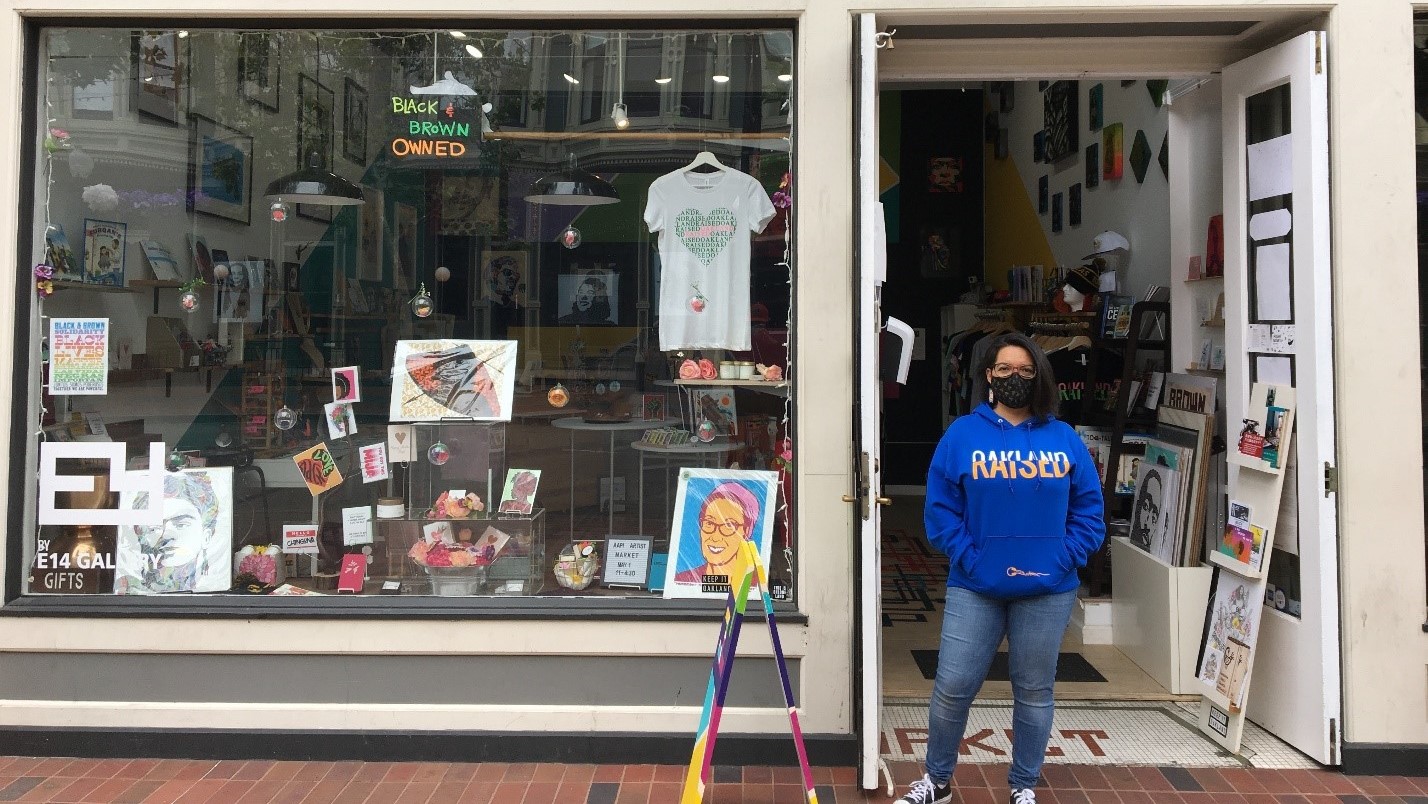