Northern California’s second-largest Pride event celebrates its 10th anniversary, and Comcast is proud to have participated in the parade celebrating with the East Bay community.

Oakland Pride takes place in one of the most diverse cities in the country, setting it apart from other Pride festivities. Nearly every ethnic group is represented in the city–making Oakland one of the top five diverse major cities in the nation. In fact, according to the latest U.S. Census data, Oakland has the third-highest concentration of gay and lesbian residents in the country and is home to the third-highest concentration of lesbian residents. Oakland Pride seeks to uplift the culture and diversity of the Lesbian, Gay, Bisexual, Transgender, and Queer and others (LGBTQ+) community in Oakland and the greater East Bay. 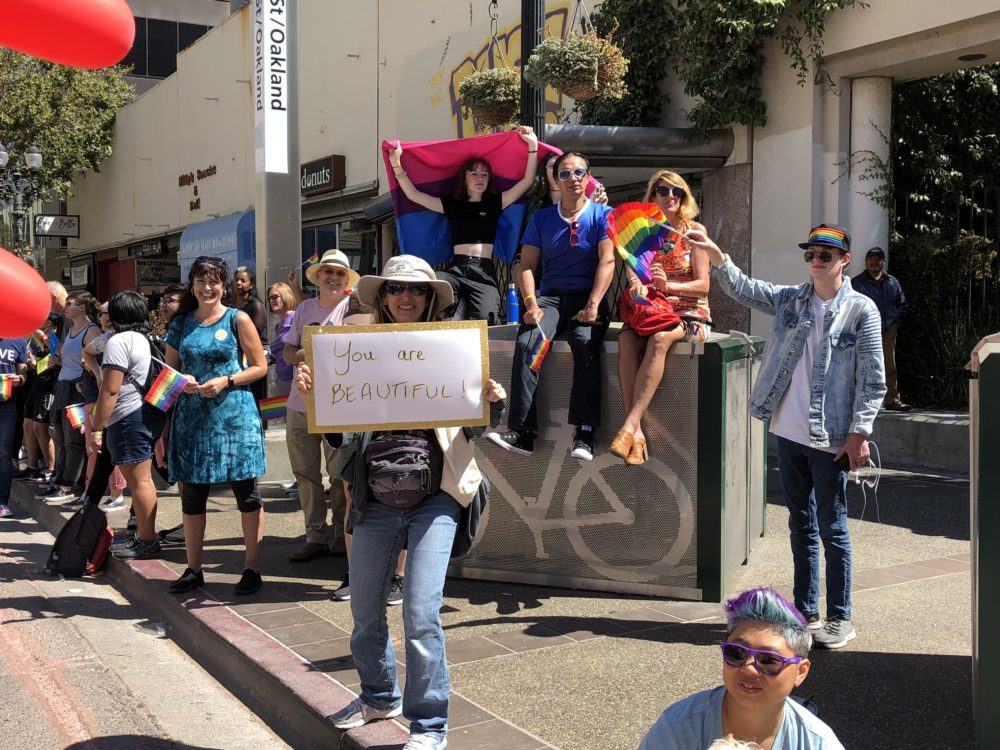 On Sunday, September 8th, the festivities started early at the Seventh Annual Pride Breakfast, co-founded by Comcast Government Affairs Director Kenneth Maxey, and hosted by the East Bay Stonewall Democratic Club and Comcast. In front of a group of 200 LGBTQ+ leaders, Comcast California Vice President of External Affairs, Beth Hester, shared her personal journey of coming out and how it empowered her life and professional career. “I realized there was  real power in being seen. We all have that power every day to be seen as our whole selves, to see others as they chose to be seen, and to fight bias, misconception, and hate,” Hester said.

At the parade, waving to cheering crowds along the Broadway parade route, the Comcast contingency was hard to miss. With a slew of rainbow-colored balloons, Comcast employees and members of the OUT @ Comcast employee resource group (ERG) marched along with one of the newest and fuel-efficient Xfinity branded vehicles.

“As part of an extraordinary company like Comcast and as part of the board of directors for the OUT @ Comcast ERG, it’s really nice to meet members of LGBTQ+ community and know who we are serving, and also have the chance for them to understand that Xfinity and Comcast, as a whole, is an inclusive brand and we are a safe place to work at, and that we are supportive company to build trust as a customer,” said Kish Singh, Executive Board Member of the OUT @ Comcast ERG. 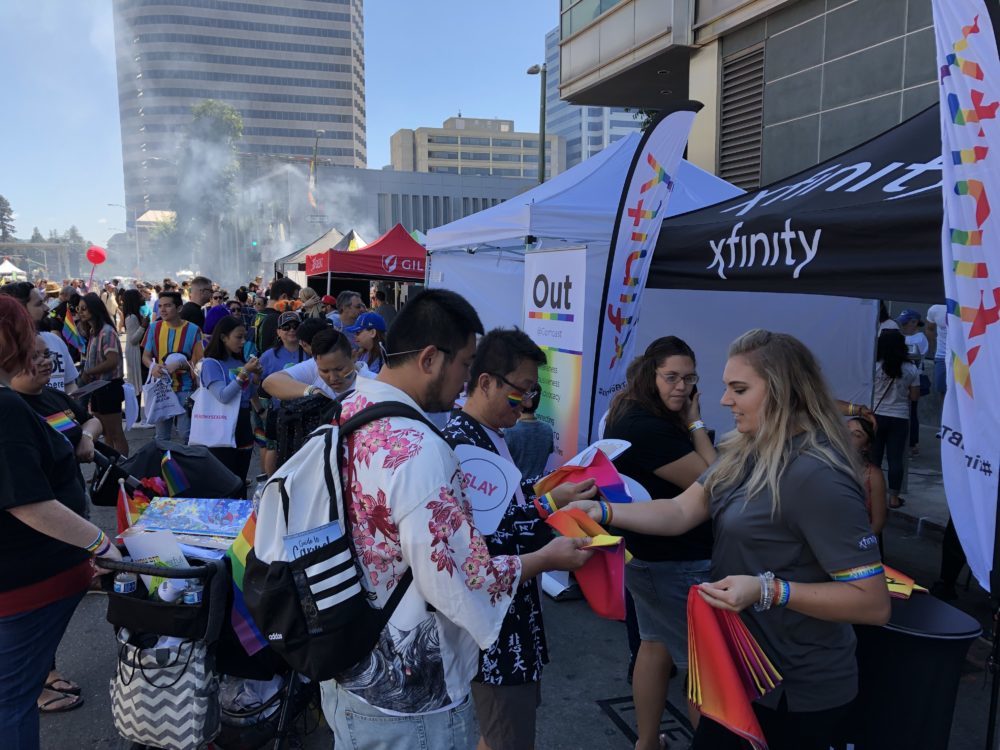 The march along the parade route only lasted a few blocks, but the celebration lasted all day. At the festival area, an entire team of Comcast employees greeted people with swag and with the latest information on Xfinity products. A face painting station served as a place for children and adults to have rainbows and glitter stamped on their faces.

Renee Serranos, a Comcast customer for ten years now, who attended the parade and festival, expressed her excitement to see companies like Comcast supporting the community. Serranos said, “Comcast being here at Oakland Pride makes me feel it truly cares. It makes me feel like Comcast is an inclusive company which is where the world should go nowadays. Everyone should be inclusive and feel included no matter what race, religion, gender, or sexual orientation [they are].” 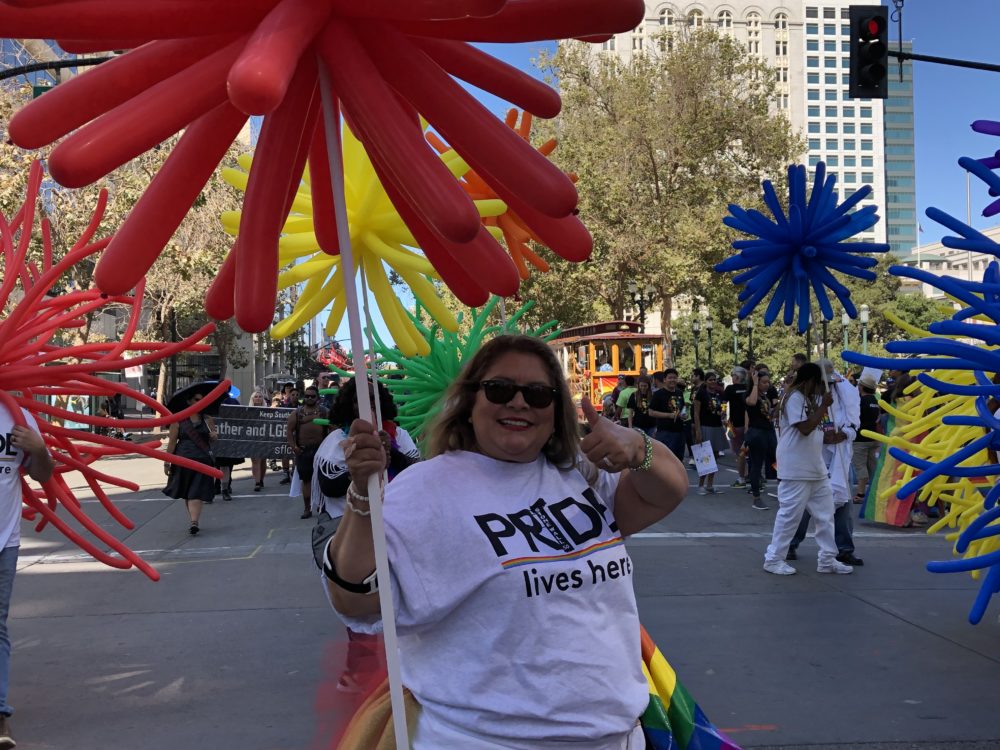 To me the power of pride, especially with the Stonewall 50th, it’s the celebration of the first start of LGBTQ rights and being a member of the community myself, I think it’s really important to be out in public with our friends and family, and especially to have the support of our friends and families. -Lavel Bradly, Manager, Marketing and Events Sales Ops Manager

Pride is all about love, the power of spreading, love, and being present and saying, ‘I love you, and you love me.’ -Rachael Williams, Oakland Store Sales Representative 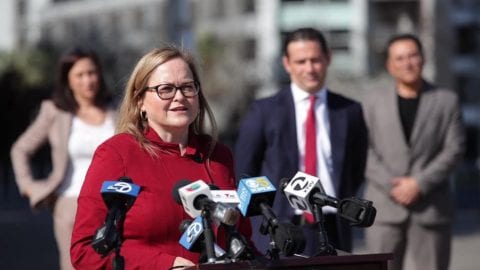