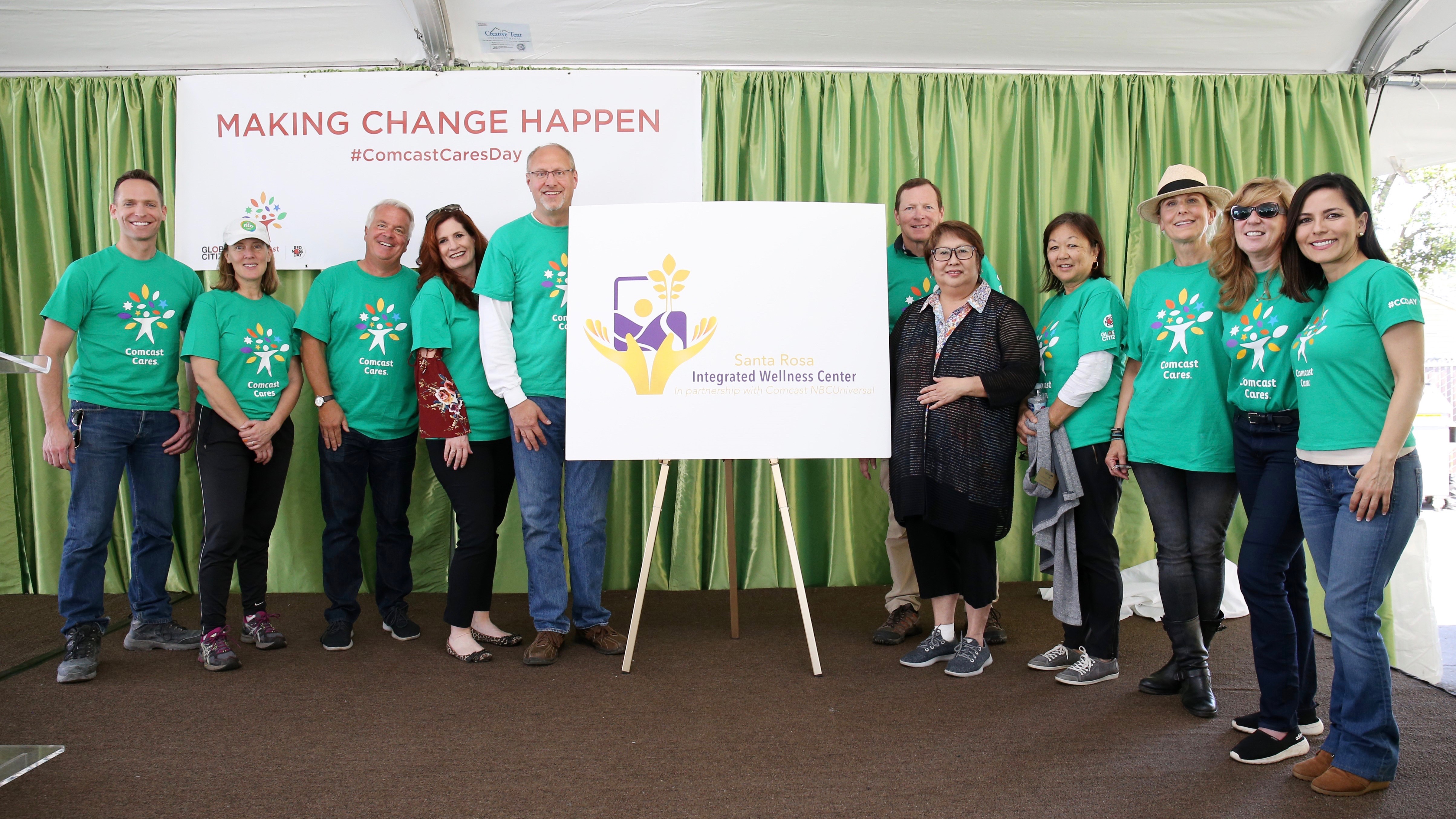 On April 21st, Comcast NBCUniversal donated $300,000 to Santa Rosa City Schools (SRCS) for the development of a new facility to serve communities impacted by the North Bay wildfires. Called the Santa Rosa Integrated Wellness Center, the facility is designed to support the families within the Santa Rosa community who lost their homes or suffered in other ways during the fires. Comcast and the SRCS hosted a volunteer day and groundbreaking ceremony at the future Wellness Center’s location at 2230 Lomitas Avenue.

As part of the 17th annual Comcast Cares Day, the volunteers joined more than 100,000 Comcast NBCUniversal volunteers to make change happen across the country and around the world.

To further support the overall well-being of the North Bay community, we also partnered with the Arbor Day Foundation to plant nearly 400 trees along Fountaingrove Parkway where fires damaged roughly 90 percent of the landscape. Comcast volunteers also beautified the campus of Santa Rosa High School, which will host the first graduation ceremony since the 2017 firestorm.

More than 800 students within the Santa Rosa City Schools district lost their homes during the fires and many others suffered loss, trauma and other forms of distress. Due to three weeks of school closures and other issues during the fires, many students are now struggling to return to their pre-fire academic achievement levels. After assessing the overall impact to its community, the SRCS determined that the traditional school year and support model were not capable of addressing the full scope of needs the community is facing. In response, SRCS formed a partnership with Comcast to create the Santa Rosa Integrated Wellness Center, which will provide the following services on a year-round basis to students and families impacted by the wildfires that ravaged the North Bay:

Over time, the vision is for the Santa Rosa Integrated Wellness Center to expand its offerings to include medical and additional services. The SRCS is actively seeking partnerships and initiating a fundraising campaign to support those expanded services for the community.

“To fully recover from the devastation our children and families have endured, they need long-term care ranging from emotional support and medical treatment to academic support and childcare services,” said Steve Mizera, Assistant Superintendent of Student and Family Services, Santa Rosa City Schools. “The new Santa Rosa Integrated Wellness Center will provide services year-round – even when school is not in session – to mitigate the traumatic impact of the fires, help ensure the future academic success of our students and provide the overall community with the support needed to rebuild and recover.”

“The North Bay fires were the most deadly and devastating in California’s history and while the flames may be gone, the impact of the destruction continues,” said John Gauder, Regional Vice President for Comcast in California. “Comcast has over 500 employees in the areas destroyed by the fires and many of those were directly impacted by the devastation. Given our long term, deep ties to the community, we will continue to do everything we can to help. With this contribution for the Santa Rosa Integrated Wellness Center, and through our larger Comcast Cares Day initiatives, Comcast is gratified to support the communities we serve – and where we live and work.” This brings Comcast’s contribution to the fire relief efforts in the North Bay in October 2017 to $1.9 million in total in addition to 2,280 volunteer hours contributed to various Comcast Cares Day projects across California.

SRCS also has received a separate grant from the North Bay Fire Relief Fund to support the development of the Center.

Santa Rosa High School
For the first time in many years, Santa Rosa High will be holding graduation ceremonies at their stadium.  With more than 125 students impacted by the fires, volunteers wanted to make this graduation a special one for the entire community by cleaning up the area surrounding the stadium, weeding all open areas and putting down fresh wood chips and additionally cleaning the bleachers.

Santa Rosa Tree Planting with Arbor Day Foundation
To help with environmental recovery efforts in the North Bay, Comcast is pleased to partner with the Arbor Day Foundation and planted close to 400 trees in the hard hit area of Fountaingrove Parkway where more than 90% of the landscape was damaged by the fires. All the trees planted were indigenous to the area, and will help re-establish the natural habitat lost during the fires, help with erosion control, and create a scenic treasure that will benefit not only the residents of the Fountaingrove community, but provide pleasant scenery for the thousands of commuters who utilize the Fountaingrove Parkway during their daily commute.

Not only did Comcast employees volunteer in Santa Rosa, nearly 5,000 employees and their families lent a hand all over California.

For more coverage of Comcast Cares Day in areas where you live and work, check out the links below: 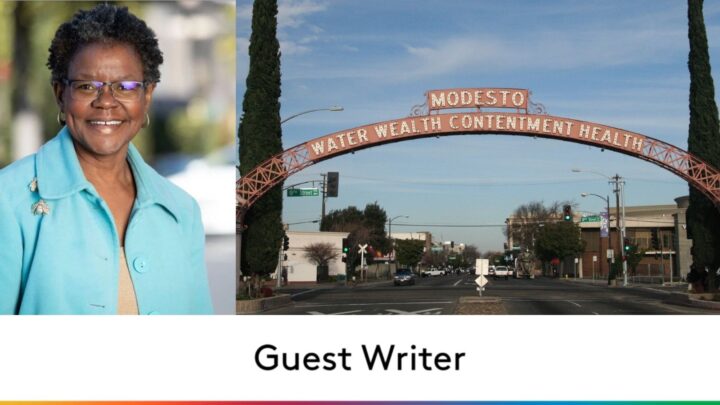 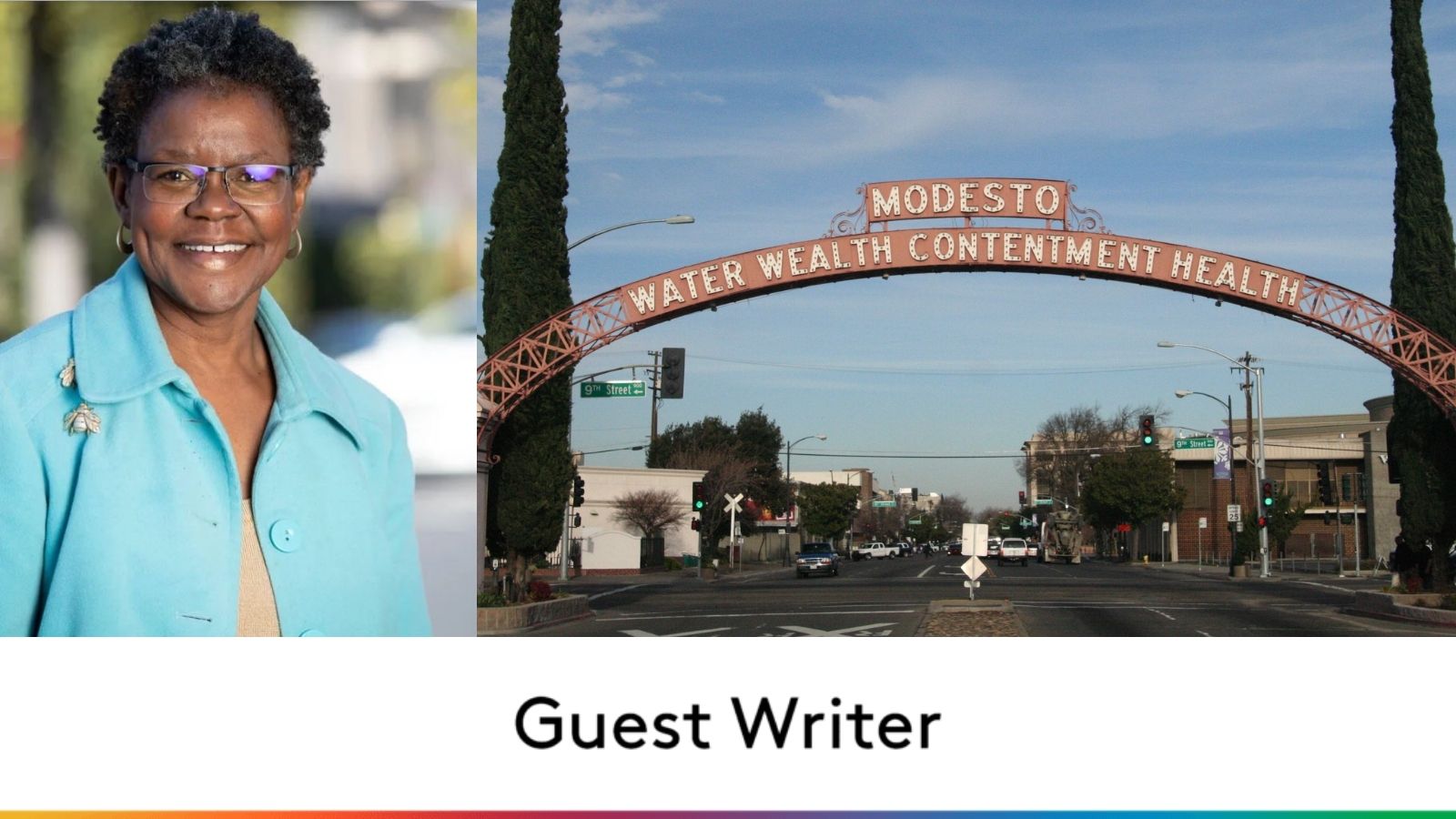