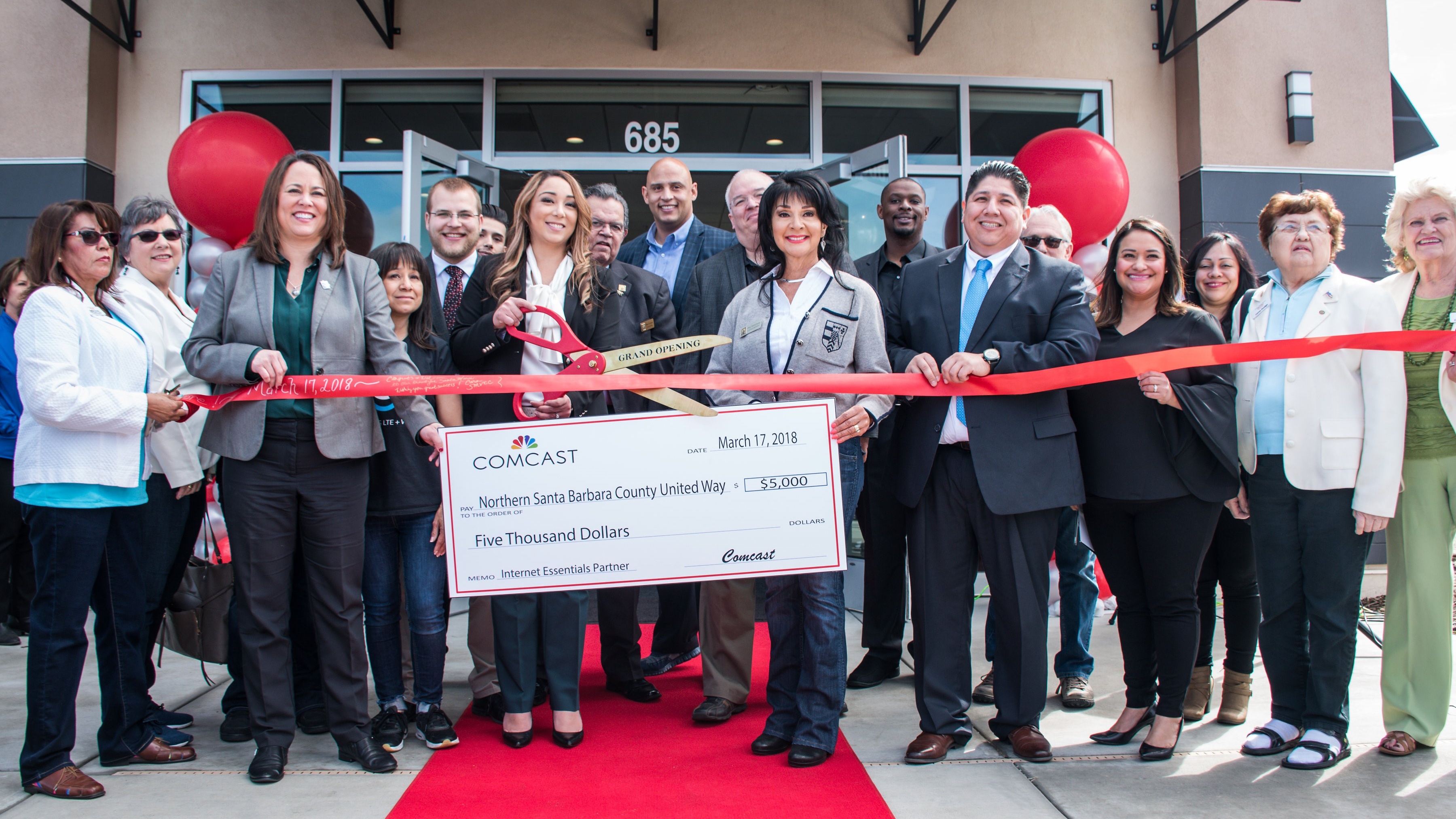 The City of Santa Maria is experiencing tremendous growth and we at Comcast are doing our part by contributing to the city’s economic and social vitality through our retail strategy and community impact investment.

In a time where most storefronts are closing, Comcast has opened its 10th  new store in California since the beginning of 2018 and it is in Santa Maria!

In addition, we presented a $5,000 donation to the Northern Santa Barbara United Way which will be allocated towards literacy and veteran programs.

As part of the festivities, guests had a chance to meet and take pictures with soccer star and former Mexico National soccer team player, Francisco ’Kikin’ Fonseca, as well as BeIN Network soccer commentator Fernando Cevallos.

Besides enjoying the music, food, raffles and giveaways, attendees learned more about our programs and services such as Internet Essentials from Comcast, the nation’s largest and most comprehensive high-speed Internet adoption program for low-income families. The program provides several features including: low-cost high-speed Internet service for $9.95 a month plus tax, the option to purchase an Internet-ready computer for under $150, and multiple options to access free digital literacy training in print, online and in person.

“It’s been five years since I learned about and signed up for Internet Essentials while I was at a training facility here in Santa Maria. At the beginning I was very skeptical and worried that my internet bill was going to go up but it hasn’t and now I can’t imagine our lives without internet,” said Octavio Guzman an agricultural worker and single father of four. While two of Guzman’s children are ‘out of the nest’ attending college and serving with the marines, he still has two at home. The youngest is a 13 year old whom has grown up in an internet connected house but his sister, Leslie, a sophomore at Santa Maria High School still recalls how difficult it was just to do her homework.

“Before Internet Essentials, our dad would take us to the library every evening to do homework. It was very inconvenient because it would get late and we would go to bed and have dinner at a later time. Now we just work on our school projects from home,” said Leslie, a student-athlete, school band member and aspiring lawyer.

Guzman gets very proud while talking about his kids, “I try my best for them to have better opportunities than the ones I had. I think I’m doing an ok job, and the internet has helped i their education.”

Editor’s Note: The former Santa Maria Xfinity store on 2323 Thompson Way has been closed and replaced with this new, updated location.