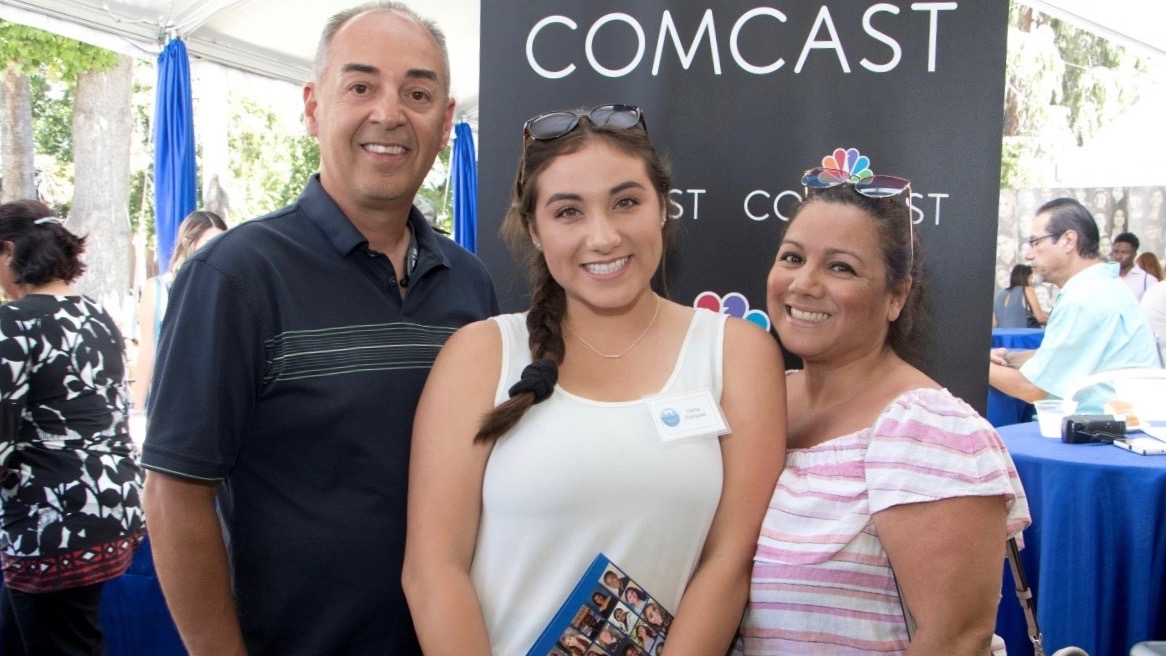 This year’s California Leaders and Achievers Scholarship Program winner, Karina Rodriguez, at the Scholarship Award Ceremony outside the State Capital

Last week, Comcast NBCUniversal awarded approximately $212,000 in scholarships to 192 California students as part of its annual Leaders and Achievers Scholarship Program. The program, funded by the Comcast Foundation, is a one-time, $1,000 scholarship awarded to the best and brightest high school seniors for their community service, academic performance and leadership skills. Now in its 17th year, the program has awarded more than $28 million to nearly 27,000 high school seniors across the country as part of the Leaders and Achievers Program.

“Our Leaders and Achievers Scholarship winners are exceptional students who are committed to academic excellence and community service,” said John Gauder, Regional Vice President, Comcast California. “We are honored to recognize their achievements and excited to support them as they continue their educational journey.”

The Comcast Leaders and Achievers Scholarship Program provides scholarships to students who strive to achieve their full potential, who are catalysts for positive change in their communities, who are involved in their schools, and who serve as models for their fellow students. The philosophy behind the program is to give young people every opportunity to prepare for the future and to engage them in their communities. The program also demonstrates the importance of civic involvement, and the value placed on civic involvement by the business community.

Comcast, joined by California Secretary of State, Alex Padilla, recognized the students at a special event held at the State Capital last week. Held on the North Lawn near the Capital steps were students’ family, friends, mentors, community leaders and government officials. Two students, Monica Rivera, a resident of Sacramento and student at Luther Burbank High School and Danning Yu, a resident of Sunnyvale and student at Archbishop Mitty High School, were each selected to receive an additional $10,000 Comcast Founders Scholarship – instituted in honor of Ralph J. Roberts, Founder and Chairman Emeritus of Comcast Corporation. 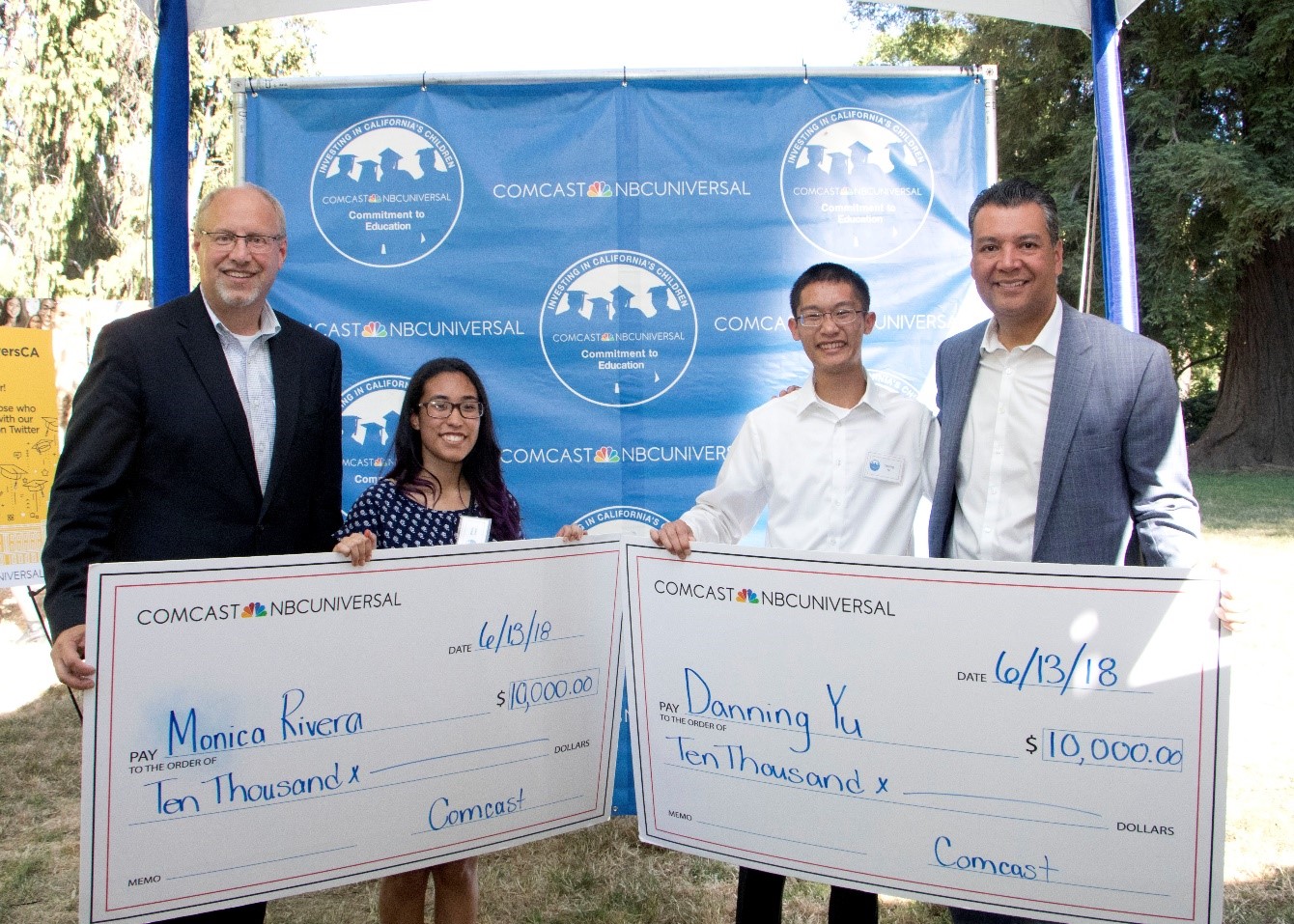 “By investing in our youth today will ensure that they are responsible citizens tomorrow,” said Secretary of State Alex Padilla. “I congratulate all Comcast NBCUniversal scholarship recipients for their community service, civic engagement and academic achievement.”

Additionally, during the awards ceremony, Secretary of State Alex Padilla sat down with NBC Bay Area’s own, Rob Mayeda for a fireside chat on Secretary Padilla’s college experience and the adversity he faced during his time at MIT (Massachusetts Institute of Technology) and when he entered into the world of politics. Afterwards, the awardees had the chance to ask Secretary Padilla for his advice on how to make the most of their college experience. 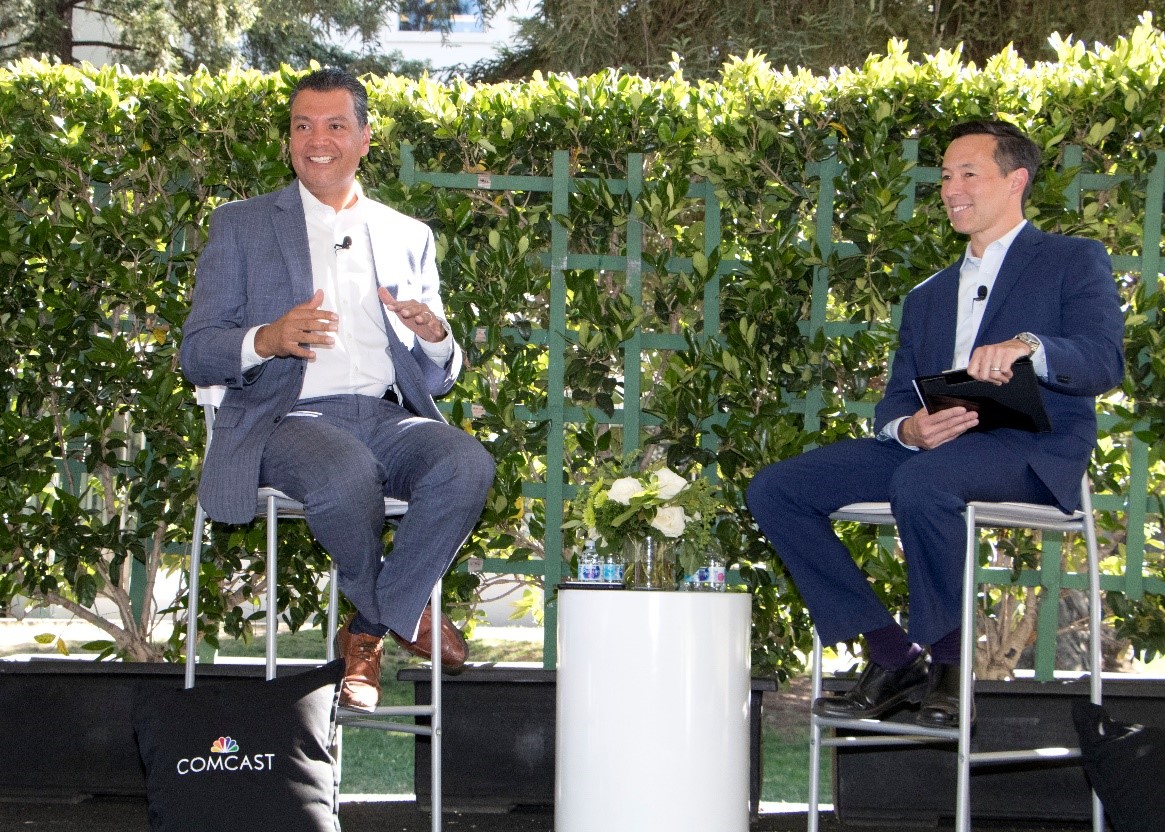 “Don’t be afraid to ask for help. I think that’s something that holds people back both in life and academically,” said Secretary of State Alex Padilla. “Whether you’re too embarrassed or ashamed to ask for help, there is a ton of support. Whether it’s tutoring, moral or social support, most people are good people and it’s important to remember, we’re all in this together.”

Awardees also had the chance to win one of 25 laptop computers raffled at the event. Over the course of the awards ceremony, the winners had the chance to thank family members, mentors, organizations and friends who helped them get to this point with a social media contest on Twitter. Check out #LeadersandAchieversCA on Twitter to see some of the other touching responses the awardees had.

Take a look at some of the community initiatives from Comcast in California below:
Internet Essentials:
California Leads The Nation In Closing The Digital Divide 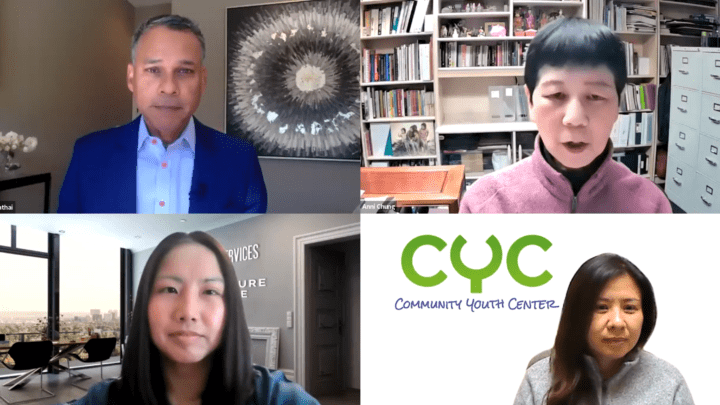 With Asian American and Pacific Islander (AAPI) Heritage month coming to end this week, we wanted to look back and reflect on the efforts that are being made by our community partners, employees and company to support the AAPI community.  In February, Comcast NBCUniversal and Telemundo 48 partnered with the Asian Pacific Fund to launch the Solidarity Fund providing an initial investment of $100,000. This fund provides grants to organizations working to counter the persistent anti-Asian racism, including […]

Three tips to help ensure success for the future of work The future of work is still very much in flux. Although some organizations are beginning to implement in-office work plans, many others are remaining remote indefinitely. Regardless of what the immediate future holds, it has become clear that the demand for teleworking – plus […] 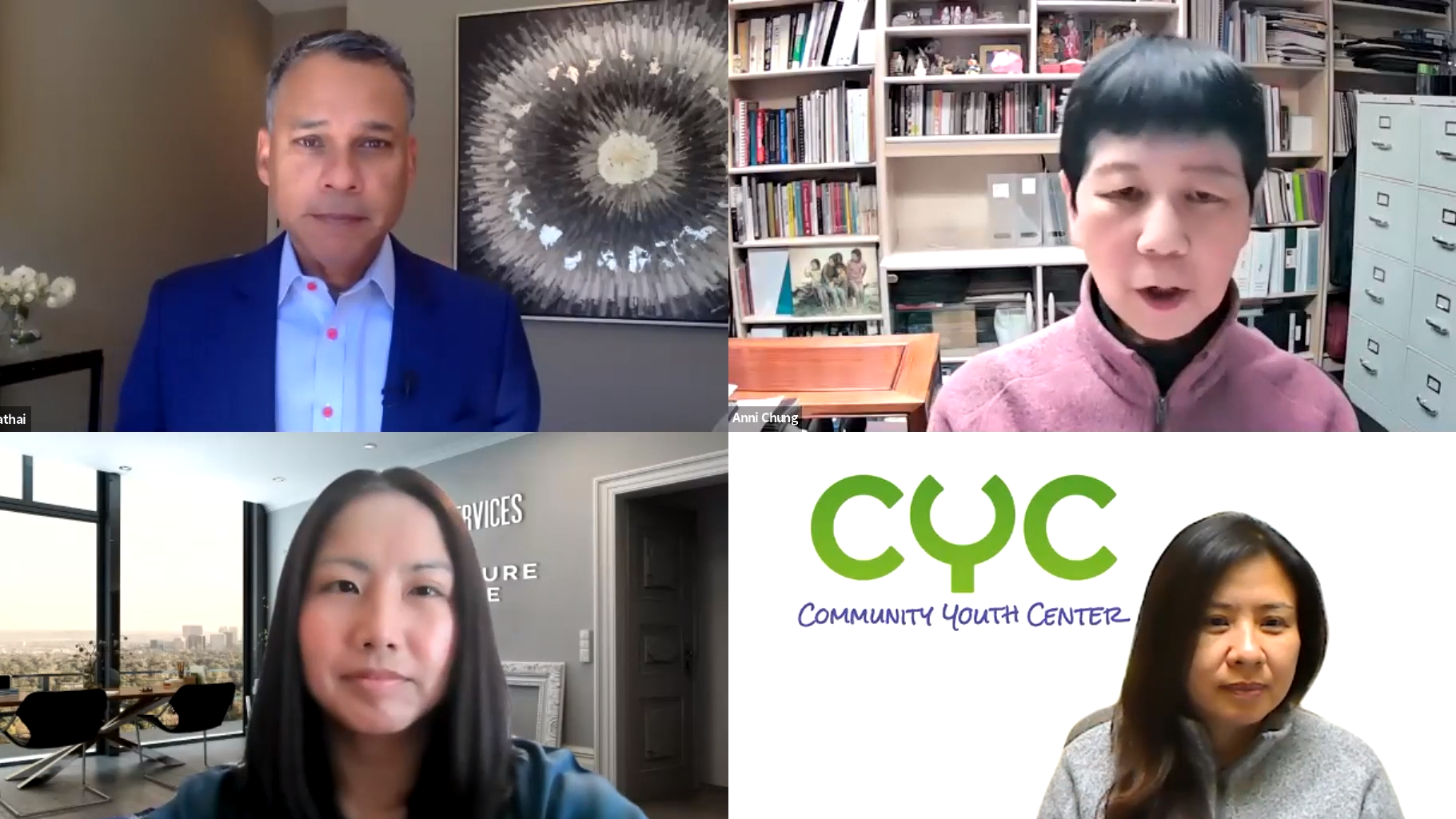 With Asian American and Pacific Islander (AAPI) Heritage month coming to end this week, we wanted to look back and reflect on the efforts that are being made by our community partners, employees and company to support the AAPI community.  In February, Comcast NBCUniversal and Telemundo 48 partnered with the Asian Pacific Fund to launch the Solidarity Fund providing an initial investment of $100,000. This fund provides grants to organizations working to counter the persistent anti-Asian racism, including […]